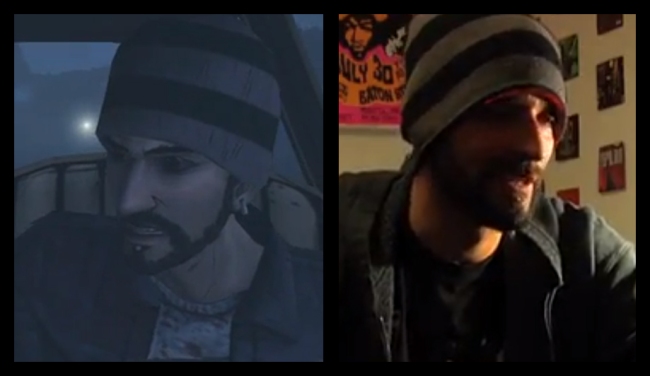 I’m not kidding. It’s not just a striking resemblance. That’s actually me. The animators of the game took photos of me, and initially used the Soundgarden Contest Video I did as a starting point, then designed a model in my image and put me into the game. Nuts, I know. It’s pretty bad ass, isn’t it? It didn’t just happen, though. My brother, Sean Ainsworth, was the director of the episode, and knowing that I am such a fan of the Walking Dead comic, he put me into the game. The character’s called Eddie, not Chris, and he won’t have my voice (or even my amazing personality), though I did get to audition for the role. I didn’t get the role of myself. Can you believe that? It’s like something that only happens in a sitcom. What am I, David Justice? (That joke works if you’ve seen Moneyball). That’s how much I suck at acting, though. I’m as bad as David Justice. Jesus. I made it to the final round of auditions and came in second. I’m sure it was the right choice, though (not, I’m quite embittered) and I’m just pretty psyched to be in the damn game. I mean, how many video games are you in? Yeah, that’s what I thought. So be impressed.

Not only did they use my likeness, though, my fictional band – Chris Rebbert and the Hand Jobs – gets some pretty big billing as well. The logo for the band (which I designed and threw onto a t-shirt as a joke a couple of years ago), shows up on the t-shirt of Wyatt, the character Eddie is paired with. You can see it below. 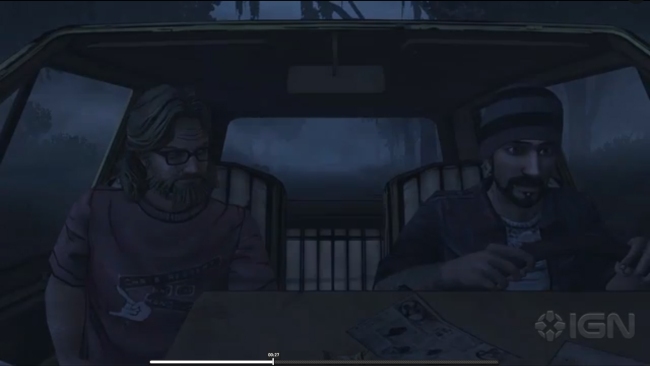 Now a closer look at the original logo I designed: 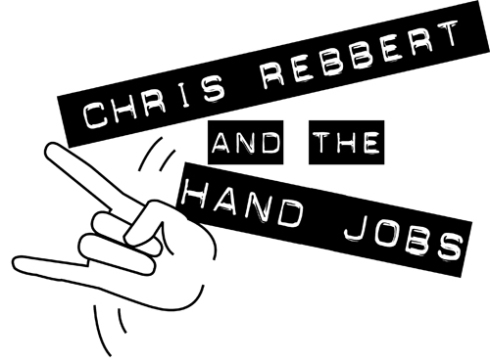 What do I mean by fictional band? I mean they don’t exist, probably never will exist, and became a thing I created to amuse myself once. I know, it’s stupid, and I don’t even remember how the whole in-joke between my brother and I came about, but the name “Chris Rebbert and the Hand Jobs” as a band name (COPYRIGHTED, along with logo, by the way) was hilarious to me one day and really satisfied my crass, infantile sense of humor. Anyway, the shirt actually may become available for purchase soon, so stay tuned if you’re interested. It would be great for me to make money from gamers because of one dumb joke I made.

So yeah, that’s that.

But I am in a band, and we’ve been busy. There’s four songs on our ReverbNation page, and you can listen to them all by clicking the link. And that’s me on those drums, kid.

We also just played a show a few weeks ago at Molly Malone’s (unfortunately our guitar player’s final show), and we’re probably going to throw some video from that show up soon.

I guess that’s it for now, but stay tuned for some really cool stuff. Maybe.